16 Shows to Binge during Quarantine

Hey there all you cool cats & kittens! (jk) HI BOOB TROOP! It’s been a damn while since I last posted and it feels so good to start creating content for the blog again. Today I’m here with a nip’s hip picks segment on TV shows to binge while you’re social distancing at home. I tried to make a list of some shows that I’ve watched and loved of all different types of genres and not throw in the basic things we’ve probably all already seen *coughcough Tiger King coughcough* 😉 So I hope this list is fresh for you guys and you find something bingeworthy in it! While you browse the list, bump up In Your Eyes by The Weeknd and enjoy 🙂

P.S. if you haven’t yet, you can try out the Netflix Party extension on Chrome and watch the shows available on Netflix with your friends/fam. It’s like the 2020 version of an AIM chatroom. Trust me, it’s worth it 😉

For IMDB synopses, click the title of the show 🙂

1. The Politician | Drama, Comedy | Available on: 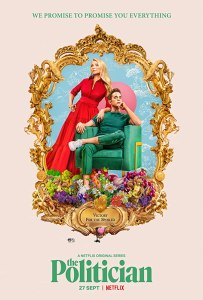 This show keeps you hooked from the first five minutes! It has the perfect mix of drama, romance, a little bit of suspense, dry comedy, and a couple of inspiring song breaks. It’s a different vibe than most shows, that’s why I think that if you like Scream Queens vibes, you’ll like this! There’s 1 season out so far, so you can binge this in 2-3 days.

2. Curb Your Enthusiasm | Comedy | Available on: 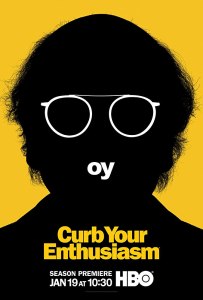 It’s a little hard for me to tell you that “if you like ___ , you’ll like Curb” because this show is just SO unique and SO hilarious. I rarely actually laugh out loud when watching comedies. I’ll be amused and let out a chuckle here and there but Curb CRACKS me up. Larry David is such an icon and somehow is able to come up with the craziest and most ridiculous situations in each episode. This show originally started in 1999, then stopped in 2011 with 8 seasons. It started back up in 2017 with season 9 and now season 10 just ended a few days ago! If you want to be a real one, you can start ALL the way from Season 1 and see how the show changed and developed. BUT if you’re just trying to get a 1 week HBO free trial to watch this, then definitely binge it as much as you can starting from Season 9. This is my FAVORITE comedy and I CRAVE watching it every week! It’s a must-watch.

If you like Making a Murderer and/or The Keepers and/or The Ted Bundy Tapes, you’ll like The Staircase. 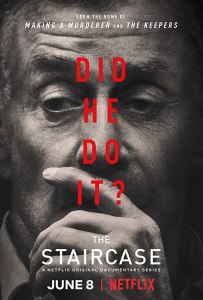 I’m a huge true crime junkie but I know some documentaries can be a bit too intense for someone who doesn’t usually watch true crime to tune into. The Staircase is perfect for if you ARE a true crime junkie like me or if you occasionally watch. It’s a crazy story with a crazy ending but it isn’t too disturbing or graphic. If you have had this on your list for a while and haven’t gotten around to it, now’s the time to binge it! Pay attention to every detail from start to end and come up with your own conclusion… but you may be surprised! 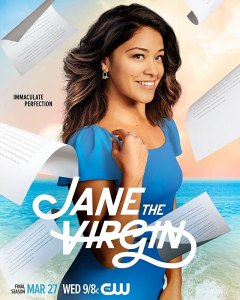 When this show first came out, I was super skeptical and thought that the concept sounded weird and dumb. BUT I WAS SO WRONG! This show is SO cute and satisfies all the drama and romance you crave. It has really special elements of fantasy and telenovela vibes. It does those things in a very elegant and sweet way. I ugly cried during the series finale a few months ago. All 5 seasons are on Netflix and this show will last you a good month or two, depending on your pacing! If you watch it all day every day, though… your ass might be done in 2 weeks. 100% worth the watch!

Seriously, this show is perfect. I know it’s not for EVERYONE but if you want to crack up and keep hitting “next episode”, then this is it. This is a super easy show to watch and highly entertaining. If you like deep dives into the lives of your favorite TV show characters, you will love it! Try to finish the first 3 seasons ASAP, because season 4 premieres on April 12th! 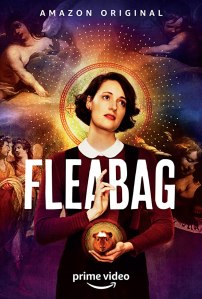 This is another tough one to compare other shows to, but I did my best. This show is ONE OF A KIND. It’s one of those “you’ll laugh, you’ll cry, you’ll scream at your screen” type of shows. It’s only 2 seasons, 12 episodes and when I first watched this, I finished the whole series in 1 day. I’m telling you, it’ll change your life! Such a witty, emotional, fun, and deep show. You won’t even know wtf hit you until you finish the whole thing! It’s a good time, I definitely recommend this to EVERYONE. 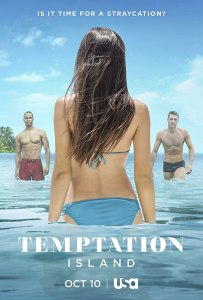 OK I’M ONLY HUMAN! I’m really laying it all out for you guys here. But yes, we all have guilty pleasures and Temptation Island is one of them! My boyfriend Erik is actually the one who got me into it, so you can make fun of him not me 😉 But this show is honestly all the drama you need in a short amount of time. Unlike The Bachelor, the episodes are the perfect length- only 40 mins. So it’s fast-paced and so satisfying. There are 2 seasons out currently and you can watch them on USA’s website. The episodes expire in a little less than 2 weeks, so get on it! You can finish both seasons in 2-3 days if you commit.

If you like Cooper Barrett’s Guide to Surviving Life and/or LA to Vegas, you’ll like Happy Endings. 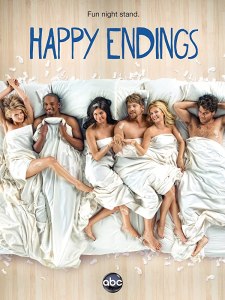 Aaaand another TV show that is hard to compare! This is honestly the best sitcom I’ve ever seen! There’s a huge cult following for this show and it’s easy to understand why after watching it. I think I’ve seen the entire series at least 3 or 4 times over. This show is CLEVER, hilarious, witty, and just amazing. There are few shows where I love EVERY character and find each of them essential, but this is one of them. Do yourself a favor and binge this! You can finish it in just a week. 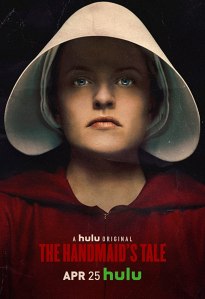 We made it to my favorite show of all time! By now, you’ve already heard about Handmaid’s Tale and have either watched it, aren’t interested in it, or have been meaning to watch it but haven’t found the time. I don’t CARE what your situation is, watch.this.show. It is mind-blowingly amazing from the storyline, to the acting, to the cinematography. Such a great series to binge BUT I will say that you should break it up and only watch maybe 2-3 episodes in one sitting because it does get pretty intense. You can binge the whole thing in about a month or two if you pace yourself. 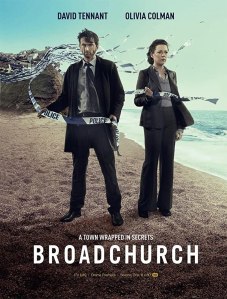 I’m always looking for a good mystery show or movie and Broadchurch is probably one of the best I’ve ever seen. It keeps you at the edge of your seat the entire time and will have you making guesses about who committed the crime! It’s one of those shows that I wish I could erase from my memory and just re-watch all over again fresh. You can binge the whole thing in 2-3 weeks. 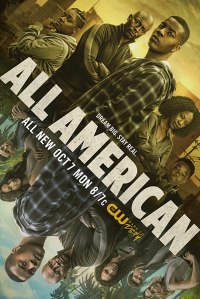 Another guilty pleasure of mine is teen dramas, LOL. I have a tough time finding ones I like because some are just WAY too corny or have HORRIBLE acting, and it’s just not the vibe. All American is actually pretty quality and satisfies all the stupid teenage drama fixes that you secretly want to watch. You can binge the whole thing in 2-3 weeks. 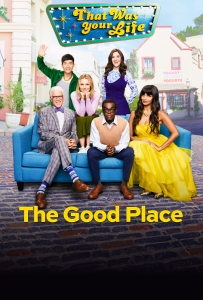 When I first heard about this show, I wasn’t super interested in it. I actually started watching it after the 2nd season ended and I’m telling you, it is NOT what you expect. By the end of season 1 you’ll scream/gasp/yell at the TV, trust me. This show is hilarious but also much deeper than most shows like it. I would say watch the first season and see if you like it (which you will) and then continue on! The first 3 seasons are on Netflix and the last season is on Hulu. You can binge this show in about 2 weeks! 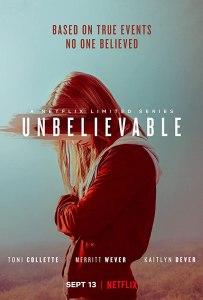 This show is based on a true story, so it’s easy to get invested in it quickly. It’s definitely on the somber side, because of the story but I think it’s actually a really important show to watch. It’s a mini-series so it only has 1 season and you can binge the entire thing in a day. 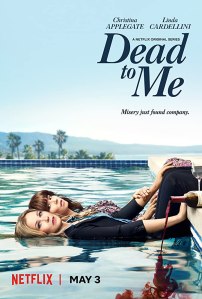 I watched this show a loooong time ago and am still waiting for season 2 to come out because it’s just so good. From the first episode to the last, you get more and more into the show and the characters. I would give this show 2-3 episode to see if you like it. It’s a total of 10 episodes so you can finish this in a day. 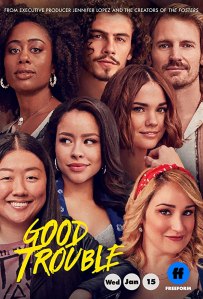 I am really giving you guys a lot of blackmail on me in this one post 😀 This show is another guilty pleasure but actually has a lot of interesting stories among all of the characters! I look forward to letting a few episodes build up so I can binge them all at once. There are 2 seasons available and you can binge this in about a week or so. 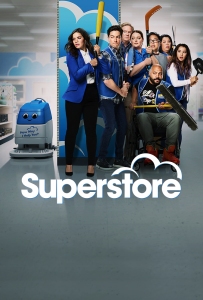 Yet another surprisingly HILARIOUS show! The characters all have great personalities and are all quirky and funny. Even the cutaways in this show will have you cackling. You’ll fall in love with the characters and won’t want to stop watching until you finish every single episode. You can binge this show and catch up to the latest episode in about 3 weeks to 1 month!

And that’s a rap! I hope you guys find a few shows you can binge from this list. If you watch any and love them, I’d love to hear about it! If you have any suggestions for shows for me to binge, drop it in the comments 🙂

Welcome boob troop! Welcome to the journey that is the hip nip. I’m currently a college student pursuing Digital Media Studies in sometimes-sunny-sometimes-hurricaney Florida! I’m passionate about my major but I’m also adrenalized when I’m talking about fashion and lifestyle trends. I always find myself scrolling through fashion blogs and lookbooks of my favorite companies and realize that hours have passed and I have to start studying for my midterm that’s only 10 hours away. I hope some of you will be inspired by this blog or at least find it entertaining! If anyone wants to reach out and give me suggestions or collaborate, please feel free to contact me through the contact page or through any social media link that you can find on my blog. 🙂 Stay on point, the hip nip